Skip to content
The American Inventions That Revolutionized Manufacturing

American inventors have had a tremendous impact on the United States and people around the world.

The manufacturing industry has also felt the impact of these innovators who were willing to push the possibilities of their times and technologies.

Thomas took a look back at a few of the awesome American inventions that have shaped the industry. 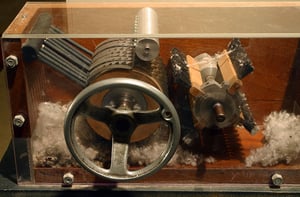 One of the most famous and iconic American inventions was the cotton gin.

Invented by Eli Whitney and patented in 1794, the cotton gin removed the seeds from cotton fiber, dramatically reducing the time it took to produce cotton.

Despite the patent, other inventors and plantation owners began producing the technology on their own. As a result, Whitney turned his attention to another manufacturing marvel.

While most people credit Henry Ford (who we will mention later) for inventing the assembly line, the fact is that Eli Whitney had a big hand in pioneering the process of mass production. 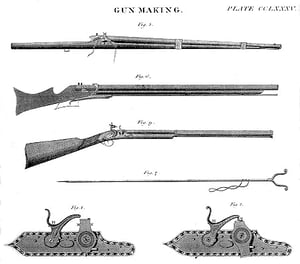 In 1798, Whitney was commissioned to make 10,000 muskets for the United States Army within a two-year period — more than had ever been produced in such a short time frame. Rather than making the muskets from scratch, Whitney came up with the idea of standardized, interchangeable parts. As a result, workers could produce large numbers of machinery at lower costs and in a much more timely manner. In addition, it became much more efficient to repair and replace machinery by swapping out parts rather than waiting for custom work. 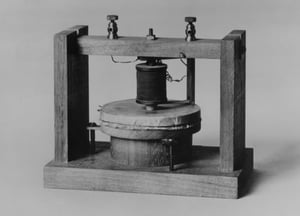 In the 1870s, many inventors were working on a device that transmitted sound. One of those inventors was Alexander Graham Bell, who was trying to create a device that would help the hearing impaired. On February 14, 1876, Bell filed his patent for the telephone just two hours before another inventor, Elisa Gray, filed a patent for a similar device.

Soon after the invention, shops began taking orders over the phone (instead of by mail), which led to a boon for efficiency, productivity and, ultimately, profitability.

When Henry Ford introduced the Model T in 1908, he knew he had a hit. His small, Michigan-based plant, which initially produced just 11 cars per month, couldn’t keep up with demand. 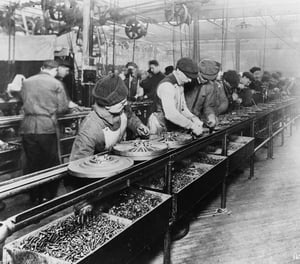 Eventually, Ford moved the company to a new production complex and, by 1913, the company created a rudimentary assembly line to make production more efficient. The assembly line used conveyor belts to move parts down the line with 140 workers completing one simple task at a time.

The time it took to produce a car dropped from 12 hours to less than 3 hours and, as a result, Ford was able to reduce the price of the car by $300.

The creation of the assembly line significantly altered the American manufacturing industry and gave rise to the modern automotive industry as well. It also impacted other industries, as it started a movement known as “Fordism,” which ushered in an era of large-scale production and high wages.

Perhaps the most famous American inventor of all time is Thomas Edison. In fact, National Inventors’ Day is held on his birthday.

While Edison was responsible for thousands of innovations, his most well-known invention is undoubtedly the light bulb, which made use of a carbonized cotton thread filament. Although certain British inventors worked on patents, Edison’s company worked towards perfecting the electrical light bulb and providing electricity in American homes.

Edison’s invention enabled manufacturers to work longer days and even into the night, which increased production capacity exponentially. 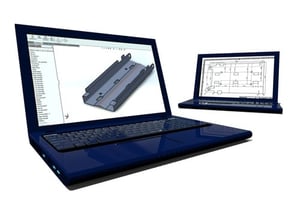 By 1963, a PhD candidate from MIT named Ivan Sutherland created Sketchpad for his thesis paper, which is considered one of the first computer aided design (CAD) programs.

CAD machining set the foundation for modern engineering designs and continues to influence how engineers mock-up their products. 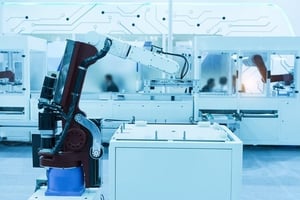 In 1959, after two years of development, American inventor George Devol introduced the Unimate industrial robot. The Unimate was originally intended to perform work that was dangerous for humans. The idea caught on and, the first Unimate prototype was placed on a GM assembly line in Trenton, New Jersey.  Two years later, the new, advanced Unimate became the first mass-produced robotic arm for factory automation.

Today, automation and robotics are prevalent in manufacturing facilities throughout the country. 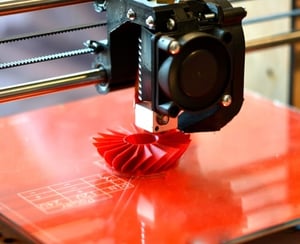 Although 3D printing was originally created by a Japanese inventor, American engineer Charles Hull was able to patent the very first 3D printer, which he called the stereolithography (SLA).

Since then, 3D printing has evolved, and it has helped transform the manufacturing industry along with it.

The lineage of American inventors continues today, with engineers, innovators and forward-thinking companies hard at work pushing technological boundaries on a daily basis and bringing their ideas to life.

If you’re looking to bring your idea to life, Thomas can help. Use our supplier discovery platform to find the supplier you need to turn your idea into an invention.

Written by
Christina O'Handley
Christina is a digital marketing professional and writer. Christina frequently writes about manufacturing, supply chain and technology on The Thomas Blog.